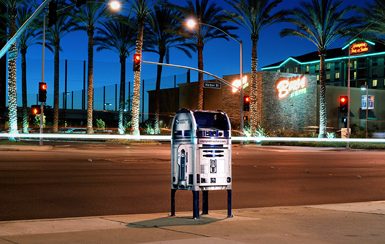 So – naturally – the United States Postal Service yesterday announced proposed price changes, including an increase in the price of a First Class mail single-piece letter from 46 cents to 49 cents. The proposed changes, which would go into effect in January 2014, and would hopefully (fingers crossed) generate $2 billion in incremental annual revenue for the Postal Service… or alternatively could be the final nail driven into their own coffin.

Is it just me or is it time to simply let go of this once noble institution?  Clearly it has failed to keep up with our ever changing world (seriously, if R2D2 mailboxes couldn’t save the USPS alliance, what will?), and equally clear, we would all be better served by a privatized system of delivery.

I realize a lot of people will lose their jobs, but a lot of them will get more meaningful jobs with alternate delivery providers… and the nation will also stop losing tens billions of dollars annually. And mail – letters and packages – may actually show up… on time… and in good condition.