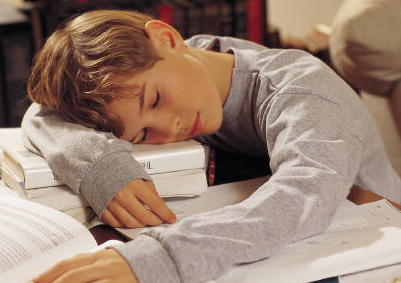 Once upon a time, we went to work for a singular purpose:  to do work.  We dug ditches, directed traffic, operated machinery, sold insurance, created advertising, designed clothing, milked cows and on and on.  And whatever your job was, that was pretty much all you did all day long.

But Duke University professor Cathy Davidson says the digital age has changed everything – the way we work, the way we learn, the way we live.  The Internet, smart phones, e-mail, social media, MP3 players, digital cameras, GPS… all this phenomenal technology has done far more than simply give us 24/7 access to information, communication and entertainment.  It’s changed the way we exist.

Unfortunately, we haven’t made the necessary adjustments at the office or school or home or anywhere else to accommodate the transition from the industrial age to the digital age.  So here we sit in office buildings and classrooms designed for a world that existed more than a century ago functioning under practices that were developed more than a century ago and attempting to be productive (and happy) in a world that exists today.

And, according to Davidson, the timing is just about right.  The digital age, though still in its adolescence, is approaching its 20th birthday, which is the magical time that most civilizations require to begin making important adjustments.  It happened with the agricultural revolution and the information revolution and the industrial revolution.  And it is happening now.

About 2,500 years ago, Socrates freaked out about the invention of the writing stylus and was quoted by Plato as having said: “[Writing] destroys memory [and] weakens the mind, relieving it of…work that makes it strong. [Writing] is an inhuman thing.”  Turns out writing devices did not destroy humanity, but they did change the world.  And it would seem – sooner than later – the digital age is going to do the same thing in our workplaces and our classrooms and our personal lives.

In the meantime, I have a suggestion for all you multitaskers who are risking exhaustion attempting to read every e-mail, check every Facebook update, answer every text, tweet, blog, watch videos, download MP3s, notify Foursquare of your location and also do your work at the same time.  Take a nap.

According to the National Sleep Foundation, “Naps can restore alertness, enhance performance, and reduce mistakes and accidents. A study at NASA on sleepy military pilots and astronauts found that a 40-minute nap improved performance by 34% and alertness 100%.”  It worked in Kindergarten, it could work at the office.

And 20 years from now, when all the necessary changes have been made to adjust to the digital age, we can eliminate the mid-day sleep breaks.  Hopefully by then there will be an app for that.