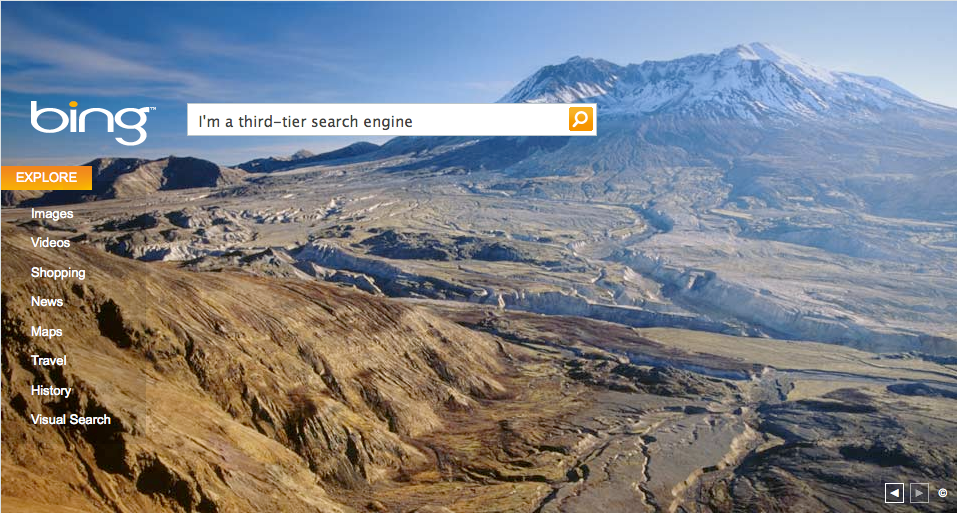 When I was living in Chicago, someone once told me that Cleveland was Detroit without the glitz. Being a Cleveland native, I was not amused, but I did understand. They were both once proud lakefront cities that rose up during the great industrial revolution, thrived mightily through the manufacturing base that settled there and are now mere shadows of their past… struggling for a new identity and a brighter future.

They would both like to be Chicago or New York, but they are not. They did not have the vision when it was required – some 50 years ago. They did not see the future until it had closed in on them. Oh sure, they tried to fix things. They voted in well-meaning government officials who promised change. They built new stadiums and entertainment venues. But in the end, they simply had nothing special to offer that one could not get better in Chicago or New York.

And that, in my opinion is the problem with Bing. Microsoft was late to the search engine party and when they finally arrived they simply tried to repackage Google and present it as something new, spending more than $100 million to convince the consuming public that Bing had zing.

But in the end, Bing still holds less than 10% of the total market share of searches. I wouldn’t categorize it as a failure, but it isn’t exactly a big success. Just imagine what might have happened if Bing actually came to market with something innovative… something unique… something of value.

While imitation may indeed be the most sincere form of flattery, it is rarely the best business move.