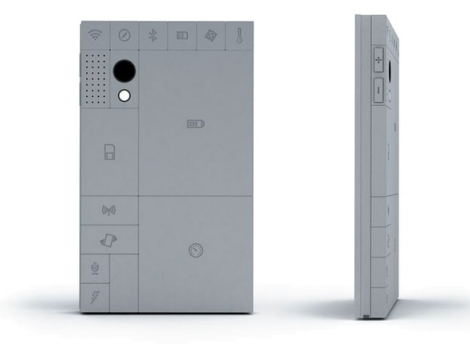 About 2,500  years ago, Heraclitus – the Greek philosopher – suggested that everything flows, nothing stands still. This simple thought eventually evolved into the more commonly recognized “change is the only constant.”

Anyway, this idea hit me today like a cold, wet epiphany when I read about the concept Phoneblok… and the Thunderclap campaign they are using to share their message.

Phoneblok is a concept for a smartphone that is less disposable than current phones on the market.  As the name implies, it is made up of connectable, interchangeable and upgradable blocks (bloks), within which different types of magic happens (camera, speaker, memory, etc.).  The product does not exist, outside the mind of inventor Dave Hakkens, but it could… and in fact it might, because it has the appeal of Legos, but with purpose (and who doesn’t love Legos).

Enter Thunderclap, a crowdspeaking platform that helps people (or brand organizations) like Dave Hakkens tell their story.  Thunderclap takes a single, focused message and shares it to a mass audience all at the same time (think flashmob, but on the Internet) by effectively organizing a social media movement so that everyone blasts the same message at the same time via Twitter and Facebook, except Thunderclap does the blasting on your behalf and with your approval (so you are not relying on 10,000 people to remember to do it).

Crazy and cool.  And just when you think you have a handle on the state-of-the-art in technological advancements, along comes a new phone concept and a new way to create awareness about it.

It feels like every day is a new day, which is exciting and exhausting – all at the same time. And I am not saying that I am feeling old, but I can honestly say that my youth gets deeper into the rearview mirror with every passing day… which reminded me of this (one of my favorite) song.