Native advertising is a form of converged media that combines paid and owned media. Think sponsored content on a website or social media platform that looks and feels the same as content typically found on that particular site.

While the industry is still debating the exact definition, native advertising can be anything from an advertiser’s suggested post on Facebook, a paid tweet or a sponsored article. Most major online publishers will agree this is nothing new. 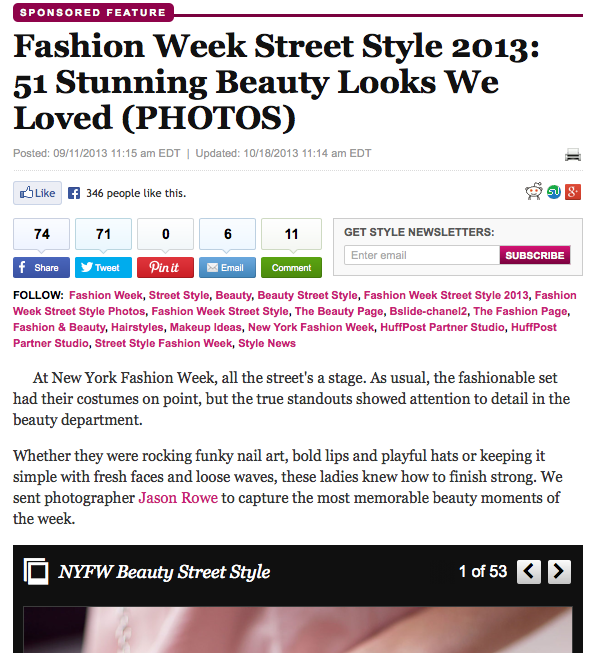 However, with “banner blindness” becoming more and more prevalent, native advertising is being considered the golden child. The claim is it is much more effective at driving results because it connects with consumers compared to online banner ads that distract and annoy consumers.

But it is hard to find concrete results. After scouring the Internet, we located the following results/research associated with native advertising.

• Nielsen and Sharethrough conducted a study that showed native video advertising produced a higher brand lift. In one campaign for soft drink brand Jarritos, native ads generated an 82% brand lift amongst users exposed to the ads as compared to just 2.1% for users exposed to the campaign’s pre-roll ads. Read the full report here.

• According to a study by AOL UK, native advertising will be most preferred form of adverting by 2025. Published brand content is most likely to have a positive impact on young people’s relationship with a brand. More than a quarter of 18-24s said published brand content was most likely to make a brand appeal to them, compared to an 11% average. Read the full results here.