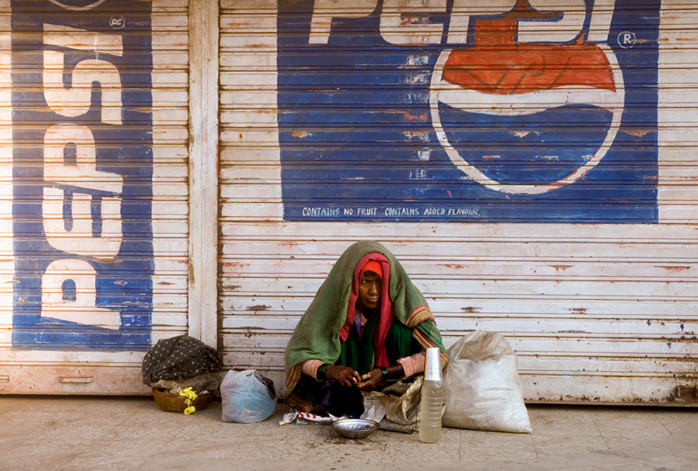 I just spent two and a half minutes watching Pepsi’s new ad featuring Kendall Jenner and I actually feel like I was violated. This is the most ridiculous excuse for a clever ad I have ever seen. This ain’t Coke teaching the world to sing, this is Pepsi saying that millennials are just shallow, gullible, sensational idiots.

According to NBC News, it was designed to “truly reflect today’s generation and what living for now looks like” and it described Jenner as someone who “exemplifies owning ‘Live For Now’ moments.” Apparently, “the ad features multiple lives, stories and emotional connections that show passion, joy, unbound and uninhibited moments.”

So in essence, today’s generation (BTW, Pepsi, there are currently multiple generations still alive and protesting and drinking soda) is best represented by laughing, instrument carrying young people who are aimlessly marching through the streets, only to stop and applaud when the police drink Pepsi?

Wait, no I don’t. And I am fairly certain no one else does. Because the premise assumes that this generation is basically vapid and/or vain. So, none of these people will even see, yet alone connect with the ad – or Kendall. And if they do, they will just smile and laugh and take a selfie. So what was the point?

Here is a thought, Pepsi:  Intelligent Lives Matter. And millennials are truly intelligent. They are not just well-educated, but they are highly experienced and more worldly than any generation before them. You don’t need to show them artificial scenes of diversity for them to get it. You don’t have to ham up a march for them to get it. And you don’t need Kendall Jenner to engage them. They get it.

By the way, not to cast aspersions, but do you really think the Kardashian/Jenner family best reflects the current generation? Sheesh. On the other hand, you are the same company that thought “Drink Pepsi. Get Stuff.” was a good idea, so… just saying.