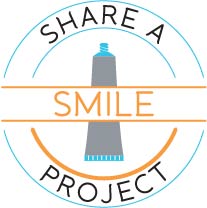 Staring at the longest line of toothpaste (yes, toothpaste) Monday evening in the varsity gym at John Carroll University, I felt a sense of accomplishment. After 10 weeks of organizing, marketing, fundraising and toothpaste tube counting, we did it – we broke a Guinness World Record.

For my graduate program, I was required to take an MBA course focusing on leadership development. Before the class began, we heard rumors of the mammoth project that we would be tasked with: the class, as a whole, is required to break an official Guinness World Record.

We were to start working on the Guinness project during the fourth week of the semester and achieve official confirmation by Guinness prior to the final two weeks of class. Which left us 10 weeks to break a Guinness World Record. A challenge that seemed unreasonable at the time. (Have you ever read some of the world records out there?)

The class decided on tackling the world record for the longest line of toothpaste tubes, and donate the toothpaste used to Migration and Refugee Services, a department of Catholic Charities, Diocese of Cleveland. The class was divided into a project leader, executives and committee members. I jumped at the opportunity to be the executive leader for the marketing and media relations committee.

The committee’s goal was to develop a brand that focused on our story: to bring the power of a smile to support those are resettling into a new country. Our committee focused primarily on social media – Facebook, Twitter, and Instagram – to help raise donations. We also achieved media coverage with Cleveland.com and Fox 8 News Cleveland on the day of the event.

We raised a total of 2,136 toothpaste tubes, that all went to a worthy cause. As our professor would say, we achieved the goal of “being better at something than 7.046 billion other people on earth – bam!” This project goes to show that leadership, teamwork and strategy can lead to a successful and exciting end product, whether it be a marketing campaign or a world record attempt.