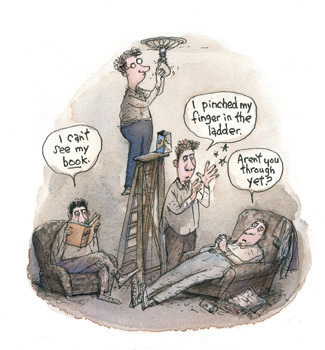 Funny thing is, as obsessed as we are with numbers when it comes to traditional media, we are not nearly as concerned about the numbers with social media. Why is that?

If we are talking TV, you must not only provide Nielsen and/or Arbitron data that confirms the number of viewers, but those numbers MUST BE HUGE.  Same with radio, same with newspapers, same with magazines.  If you are not reaching hundreds of thousands – or millions – then what’s the point?

Even You Tube is judged by its huge volumes.  No one cares about a video until it reaches the magical one million views mark.  Anything less than that is just a video.

Maybe the numbers are not all that important.  Instead it is about the connection and the engagement and the dialogue or conversation.  But if that’s true, if it is not about the numbers, then why is everyone so obsessed about increasing their numbers? I was on the Terracyle website the other day (I love this company) and they actually had a link at the top of their home page asking people to friend them.  In high school we called that pathetic.  I mean, who pleads with people to be their friends or worse, bribes them?  And what value do these types of “followers” have?  That’s like driving 10,000 visitors to a website with a misleading PPC ad and getting a 98% bounce rate… not exactly useful.