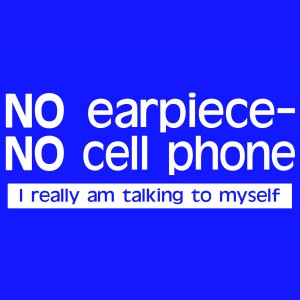 Tom Hanks has nothing on me.  Yeah, he was cast away on a deserted island for four years, but did he lose his iPhone?  Did he survive a week without checking his email at every convenient moment?  Did he suffer the inability to check baseball scores or the ESPN Fantasy Scoreboard?  Did he know what it was like to not use a TV Guide app and have to actually flip through the channels to find a program?  Did he go to his favorite coffee shop (Starbucks) unable to check in on Foursquare?  Did he experience the anxiety of not being able to text friends and associates whenever the spirit moved him?  Did he have a clue what it was like to be shunned by the mobile Facebook and Twitter communities?  Did he stare into the eye of a QR Code knowing he could not scan and download?

No, Tom Hanks (aka, Chuck Noland, the FedEx systems engineer) had it easy.  After all, I was one of those guys – one of those early adopters – who managed to secure the earliest version of the iPhone… the iPhone classic.  And despite the crappy AT&T coverage and the grindingly slow speed at which it operated, it became a part of me.  And I became a part of it.

So imagine the emotional pain of losing my right appendage.

Turns out it wasn’t that big a deal.  Within the first 24 hours, I was back to my old routines (pre-iPhone).  Within a couple days I was actually happy to be freed up to talk with people and avoid all the junk mail and conversations that were eating up my day.  I even managed to spend the last two days in Atlanta on business without missing a beat.  Suddenly my iPhone was a whyPhone, as in “why did I let it become such an important part of my life?”

By the time you read this, I will have survived  seven days – a full week – without my soulmate.  I will also be activating my new iPhone 4.

What can I say.  Just because I don’t need it, doesn’t mean I don’t want it.