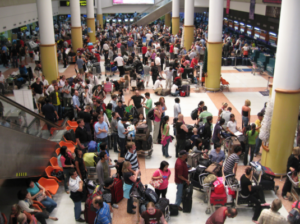 Has it become increasingly more painful to handle modern day air travel or is it just me?

Twice in the past week I was delayed more than 8 hours and experienced one canceled (overnight) flight. It sucks royally, and to make matters worse, the airlines are completely unapologetic.

But of all the things that aggravate me – and there are many – here are my top 5 complaints:

I also want to recognize all of the exceptional airport and airline workers – and there are many, but not enough – who actually know how horrible it is and do their best to make it better. Thank you for trying. I want to round you all up and give each and every one of you a giant bear hug.