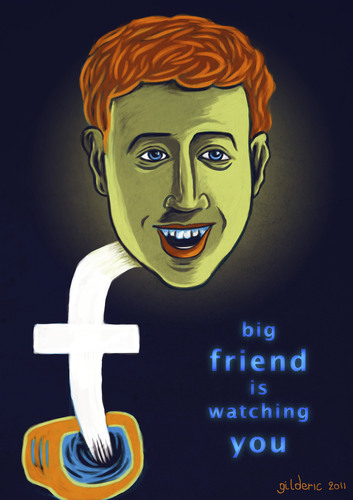 Knowing what I know about how Facebook came into existence and what its plans are for world domination, my conclusion is simple:  If this guy is for CISPA, then I am against it.

Well, that plus the desire to limit the government’s intrusion into our private lives.

I get the whole need for security and our responsibility to support the government in doing what it has to do to keep our part of the world safe.  Just visit an airport for proof.

But I am vehemently opposed to giving any federal agency or group any authority or power that is not clearly and precisely outlined with every “t” crossed and every “i” dotted and every thought footnoted.

Talk about giving someone an inch and them taking a mile. Network World explains that CISPA would let Internet companies monitor and collect any user information they think poses a threat to their networks or systems. The bill would also let these companies share the collected information with the NSA and other federal agencies. Companies that share such information would enjoy a high degree of legal immunity for their actions.

Can you say “Yikes”?

Still, I cannot help but wonder if the current administration is truly interested in protecting its citizens or garnering their votes (did you know that when you scramble the word “vote” it also spells “veto”).

A statement released by the White House today stated: “Without clear legal protections and independent oversight, information sharing legislation will undermine the public’s trust in the Government as well as in the Internet by undermining fundamental privacy, confidentiality, civil liberties, and consumer protections.”

Ron Paul says CISPA is “Big Brother writ large.”  I believe he simply wants to keep the government in check and protect privacy.  Facebook supports CISPA because the company stands to benefit financially and legally if the bill passes. And Obama?  Hopefully he is keeping a watchful eye on all Americans, not just the voters. As for Mitt Romney, to the best of my knowledge he has not voiced an opinion.