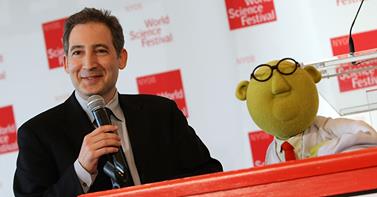 [Ordinarily I try not to cross the streams of my markeTING and Road to 90 blogs, but I felt this particular baseball post has some relevance to marketing.]

Despite the final score (15-4) I watched the entire Tribe game last night full of anxiety, which is just the way I like it. Let’s be honest, the Cleveland Indians are not the Detroit Tigers. We do not have a roster capable of winning wire to wire. In truth, we have a team that – barring an injury or explosion – should play .500 ball most of the year.

Watching the 2014 Indians is like eating a box of Cracker Jacks, they are a sweet treat and there is a surprise in every game.   One night it’s a homer from Santana, the next night it’s a shutdown performance from Corey Kluber… you never know.  It is an edge of the seat, nail-biting, hair-pulling, roller coaster ride from the first pitch to the last.

So how does a team like that make it into the postseason?

Well, that’s where my string theory comes into play. To paraphrase the great string theorist and physicist Brian Greene (as well as Stephen Hawking), string theory is a step towards the correct fundamental description of nature (don’t ask).

As it relates to my Indians, it goes something like this: The only way for a .500 team to separate itself from its competitive environment and catapult itself to a top position in the hierarchy of the AL Central is to put together a string of no less than 10 consecutive wins (preferably 15) at some point just prior or immediately following the All-Star game. Once the team completes this run, it can continue to play .500 ball and secure a divisional or wild card spot.

It is this innocent and almost unnoticeable string that makes the difference between 80-82 wins and 94… and gets us to the World Series.