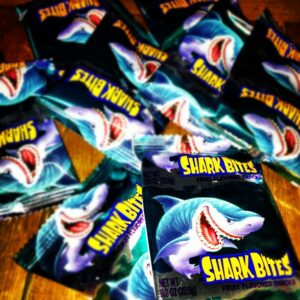 Is Discovery Channel the most successful event planner of all time? After all, they did manage to coordinate millions of ‘Shark-themed’ parties (including my own) across the U.S., and the party is still going. We are 4 days in to Discovery Channel’s Shark Week… and the madness is mad.

Hopes of high web traffic and surpassing their previous record of 30.8 million viewers in 2010 – the highest to date according to RealScreen.com – may be in the cards for Discovery Channel. As of Tuesday, the Twittersphere posted more than 1.1 million #SharkWeek tweets – a significant improvement over the 750,000 tweets for the entire week last year. Discovery Channel expects video streaming to double during Shark Week, compared to usual summer months.

The whole Shark Week ‘sha-bang’ falls back on Discovery Channel’s strategy, and what we at Sweeney preach when planning out a campaign.

While there is much more to it than these five considerations, they can help get the conversation started.

So, now we’re curious. How has your Shark Week been so far? In your opinion, what is the most “jawesome” interactive component?

We’ll let you decide…but we love the shark cam.