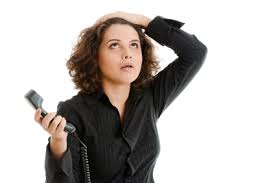 As a former television news producer I can say that there is a very fine line between public relations professionals being persistent and being annoying. Plus, let’s face it, as PR professionals it doesn’t exactly make your day when you make media follow up calls that irritate a media contact to the point that they say you’re annoying! So we have to make a conscious effort to think about the media that we are targeting and realize that while our work is important, it might not be their top priority. So how do we avoid getting to the point of being annoying?

Persistence is key when conducting media follow up. If you don’t make the calls and/or send the emails, you won’t get the coverage you are looking for. But don’t forget it is your job to get the media’s attention and it’s also your job to build relationships with the media so don’t be too annoying!