Feminism. The advocacy of women’s rights on the basis of the equality of the sexes. Millions of women around the world stood together on Saturday, January 21 for The Women’s March on Washington in order to support this one word and everything it represents.

One word. Millions of people.

More than 500,000 women alone attended the march in D.C.  LA had a whopping 750,000 when only 80,000 were expected, and tons of other cities big and small hosted marches. A reported 3-4 million people attended the march across the United States. Not to mention marches in Paris, London and Australia as well.

Again. Let me remind you. One word. Millions of people.

People not only in America, but around the world came together to recognize this one word.  That’s not only impressive, but also marketing genius. Whether you’re red or blue, support the cause or not, there’s a lot from this assemblage that marketers can learn.

I saw first-hand how passion, urge, hope, and excitement brought these people together. Hundreds of signs and symbols everywhere representing countless views and opinions, some hand-made, some bought. All of which are advertising for that one word. Feminism.

If Feminism were a brand, their marketing team would soar with flying colors. Now of course I know feminism is a cause and not a brand; however, if we began to think about our brands as causes that we want millions of people to follow and support, then we could really unlock a new door to marketing.

For many months this march was promoted through various outlets of social media by everyday people to influencers such as photographers, celebrities, activists, etc. sharing info about the march. People were reposting and they were retweeting, because they cared so deeply about the mission of this march.

So if you’re wondering how this affects you as a marketer, think of it this way. If you get people to care, they’ll share and share for days. Don’t be scared to shake the playing field. Make people care. Don’t just advertise to advertise. Make your brand excite you first because passion is contagious.

Below are images I captured from the Women’s March in D.C of women and men “advertising” their views the traditional way, with signs and posters.

Visit https://www.womensmarch.com to learn more about The Women’s March. 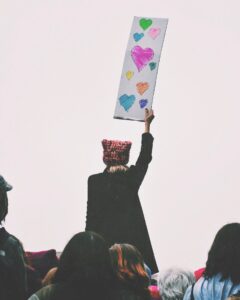 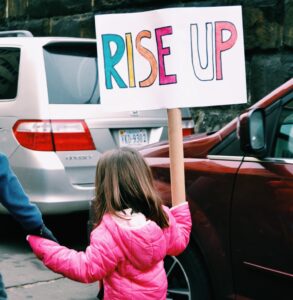 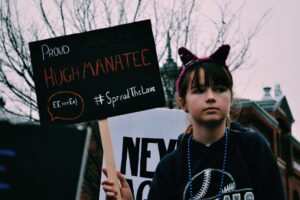 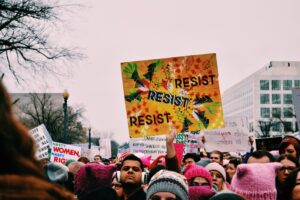 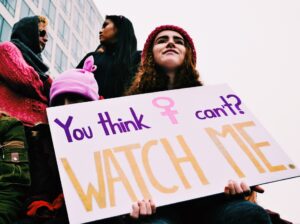