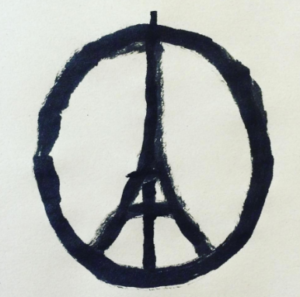 This weekend more than 120 people lost their lives in the beautiful and peaceful city of Paris. As Americans, we are all too familiar with their experience and the inevitable emotional outrage. But thanks to the evolution of social media since 9-11, the people of Paris were able to turn to Facebook, Instagram and Twitter to vent their outrage and frustration and to understand what was going on.

One question that seemed to ring the loudest during the early hours was the simplest of thoughts: “Are my friends and family safe?”

In response, Facebook launched a check-in feature called “Paris Terror Attacks,” enabling people in the areas affected to quickly let all of their friends and family know if they were safe. Soon after the attack, Facebook announced that this feature would now be available when any natural disaster or terror attack hits a part of the world.

We can all appreciate and value this feature which gives us the immediate knowledge of location, health and safety of our loved ones. Social media has given us the ability to share news faster than ever before, and this new tool is further proof that there is real potential and power in social media, especially in the wake of a tragedy.

My thoughts and prayers are extended to all those impacted by such a senseless tragedy. And my gratitude is also extended to Facebook and its willingness to momentarily set aside growth initiatives and profit goals to provide a valuable support service to those in need.

P.S. This new unifying symbol of “Peace for Paris” (above) achieved global saturation in a matter of hours thanks to social media. Jean Jullien, the 32-year-old French graphic designer behind the image, posted it onto his Instagram and Twitter on Friday, soon after a series of terror attacks.

“It was the most spontaneous thing. I heard the news on the radio, and I had this heartfelt reaction. I wanted to draw something that could symbolize peace and solidarity, and I wanted something with the context of Paris,” Jullien told CNN.