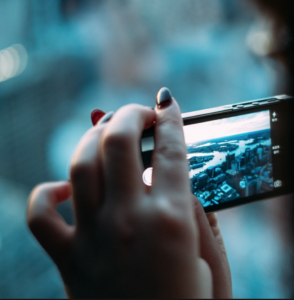 It’s no secret the popularity of video has been on the rise for several years now. People love the direct connection and engagement social media ‘stories’ and live streaming bring to the table.

Brands, politicians, celebrities, editors and consumers are using social media ‘stories’ and live video feeds to reach more people at a much faster rate than traditional publicity. Now, users can watch interviews, events, blogger streams, product introductions, behind the scenes sneak peak announcements and even news stories as they happen… instead of reading about it a few hours or even days later.

What does this mean for our industry?

Well, it depends on what side of the coin you land on. On the news side, social media live streaming and ‘stories’ can undermine the role of journalists. Anyone with a smart phone and an audience can record and distribute news. And as Pew Research revealed in 2016, 62% of people now get their news from social media. But with great power comes great responsibility, so people need to err on the side of caution when recording and reporting on their own.

On the flipside, social media ‘stories’ and live streaming create huge opportunities for marketers to directly engage with target audiences without gatekeepers… and in a very cost efficient way. Brands such as GE and Airbnb are doing a great job of taking advantage of this type of video content.

Over time there is likely to be a two-fold implication for our industry. People and brands will work harder than ever to grow their own following so they can rely less and less on gatekeepers. In response, it will be crucial for media to become fully ingrained with social media…especially with social media ‘stories’ and live streaming. The perfect example of this is the live streaming of April the giraffe giving birth. People searched for the news outlets that were streaming the highly-awaited birth in-order to be involved with the community that grew around it.

Additionally, there is a good chance someone interested in a live stream or recorded story will also follow-up by searching for in-depth articles on the topic.  Journalists may not cover the story first…but they will have all the facts when viewers want additional, reliable information.

Of course, none of this will happen overnight. But as digital capabilities evolve so will traditional publicity. And no matter what side of the coin you’re on, it’s important to acknowledge this shift and include social media live streaming and/or ‘stories’ in your future marketing or editorial plans.